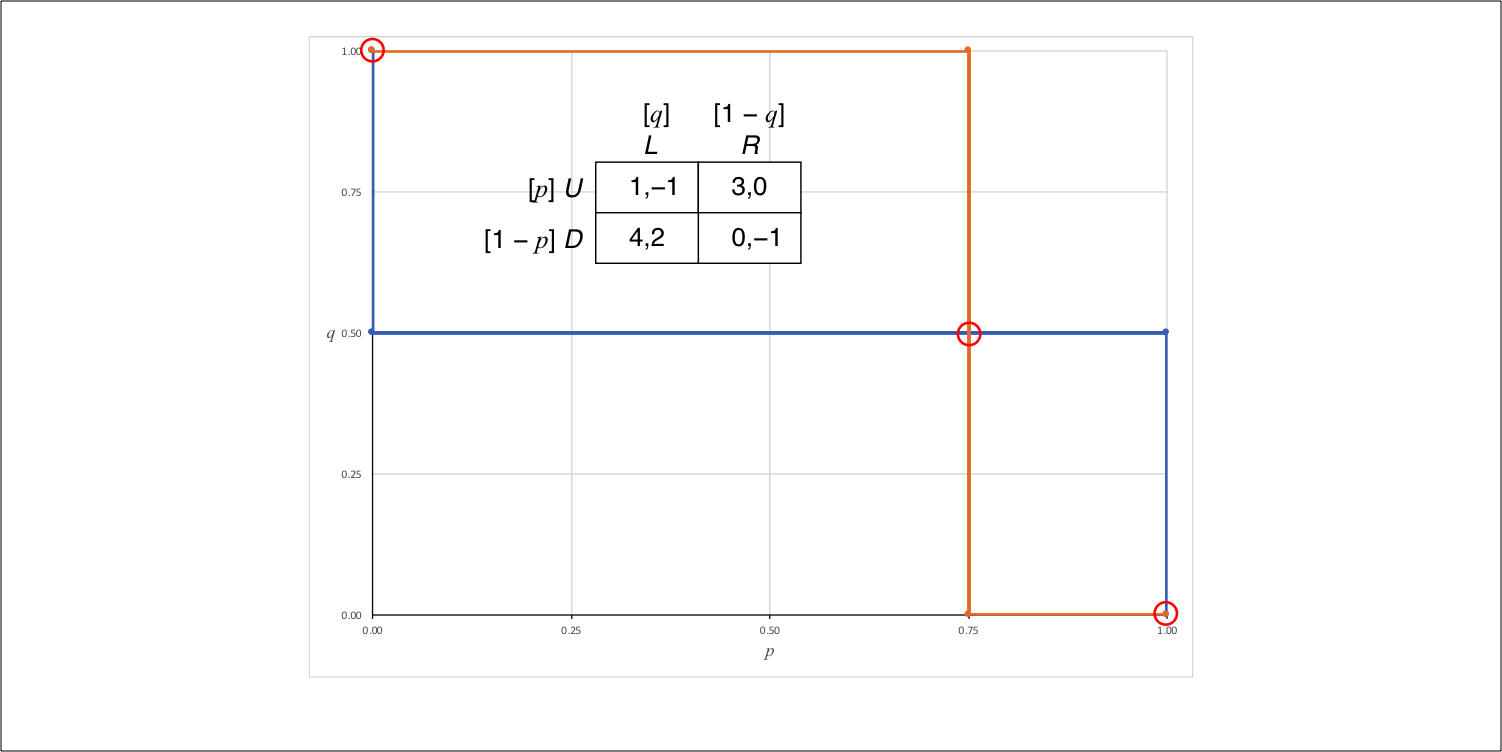 We’ll now see explicitly how to find the set of (mixed-strategy) Nash equilibria for general two-player games where each player has a strategy space containing two actions (i.e. a “2×2 matrix game”).

We first compute the best-response correspondence for a player. We partition the possibilites into three cases: The player is completely indifferent; she has a dominant strategy; or, most interestingly, she plays strategically (i.e., based upon her beliefs about her opponent’s play).

We then apply this technique to two particular games. The first game is a typical and straightforwardly solved example; the second is nongeneric in the sense that it has an infinite number of equilibria. For each game we will compute the graph of each player’s best-response correspondence and identify the set of Nash equilibria by finding the intersection of these two graphs.