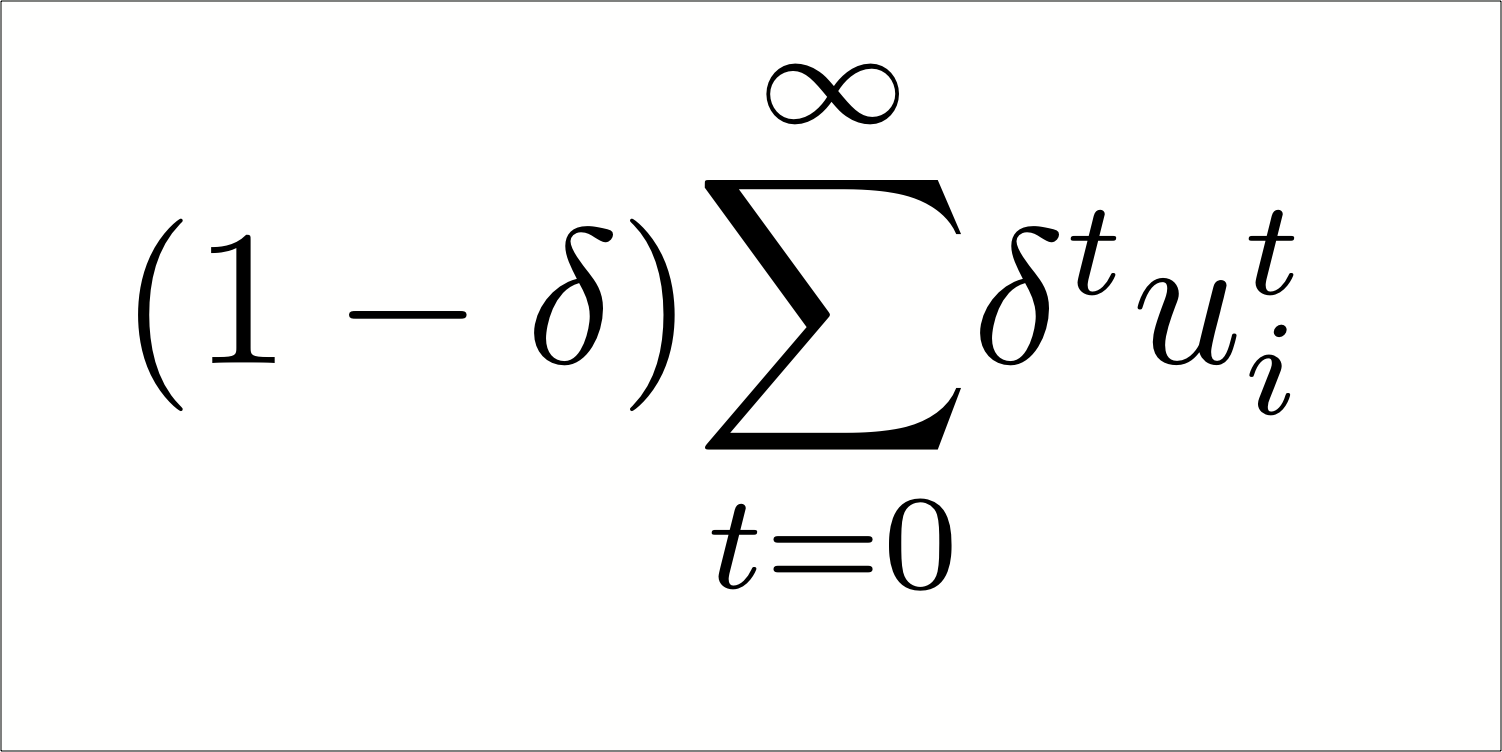 We’ll now discuss repeated games which are “infinitely repeated.” This need not mean that the game never ends, however. We will see that this framework is appropriate for modeling situations in which the game eventually ends (with probability one) but the players are uncertain about exactly when the last period is (and they always believe there’s some chance the game will continue to the next period).

Infinite repetition can be key to obtaining behavior in the stage games which could not be equilibrium behavior if the game were played once or a known finite number of times. For example, finking every period by both players is the unique equilibrium in any finite repetition of the prisoners’ dilemma. When repeated an infinite number of times, however, cooperation in every period is an equilibrium if the players are “sufficiently patient.”