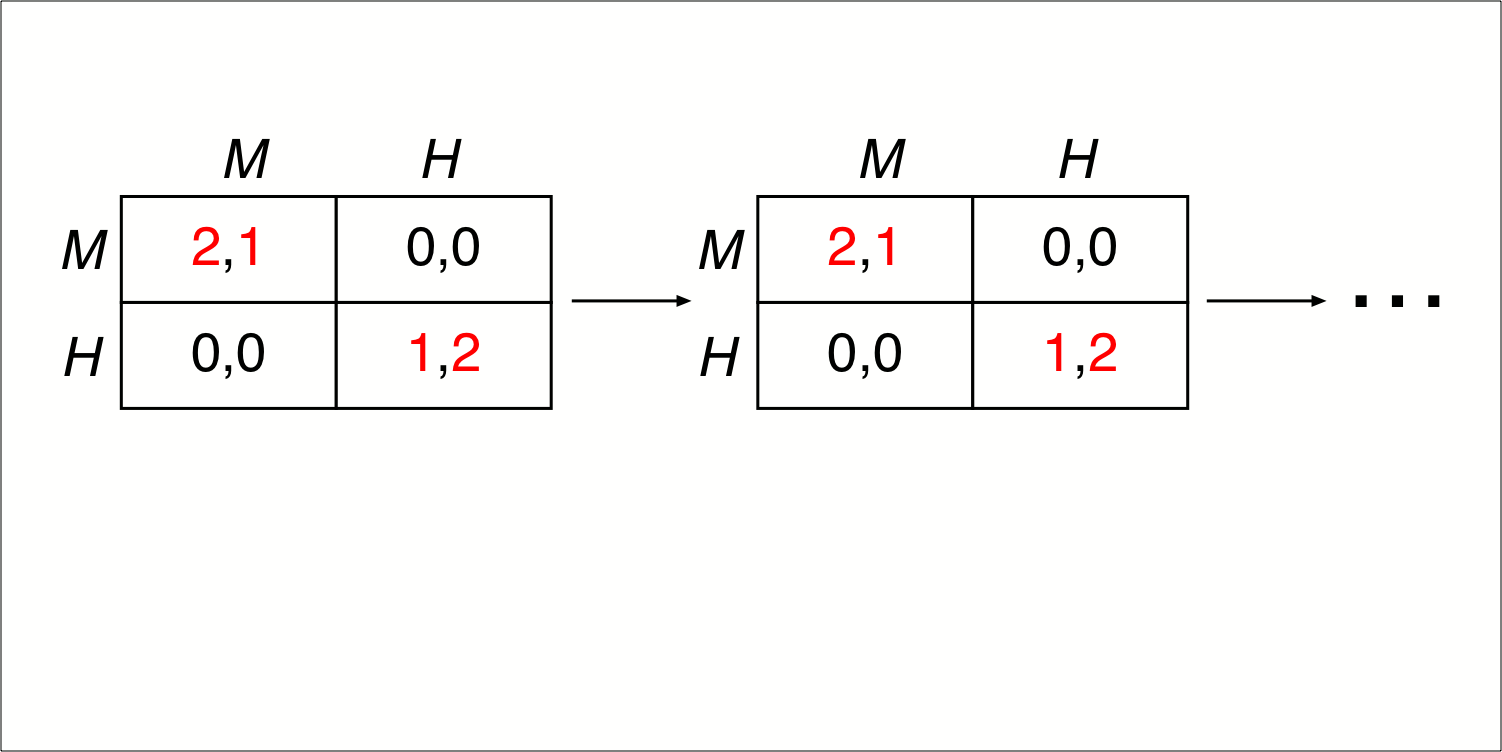 One striking feature of many one-shot games we study (e.g., the Prisoners’ Dilemma) is that the Nash equilibria are so noncooperative: each player would prefer to fink than to cooperate. Repeated games can incorporate phenomena which we believe are important but which aren’t captured when we restrict our attention to static, one-shot games. In particular we can strive to explain how cooperative behavior can be established as a result of rational behavior.

We will then focus our attention on finitely-repeated games. We will exploit the existence of a final period to establish a necessary condition for a repeated-game strategy profile to be a Nash equilibrium: the last period’s play must be Nash on the equilibrium path.