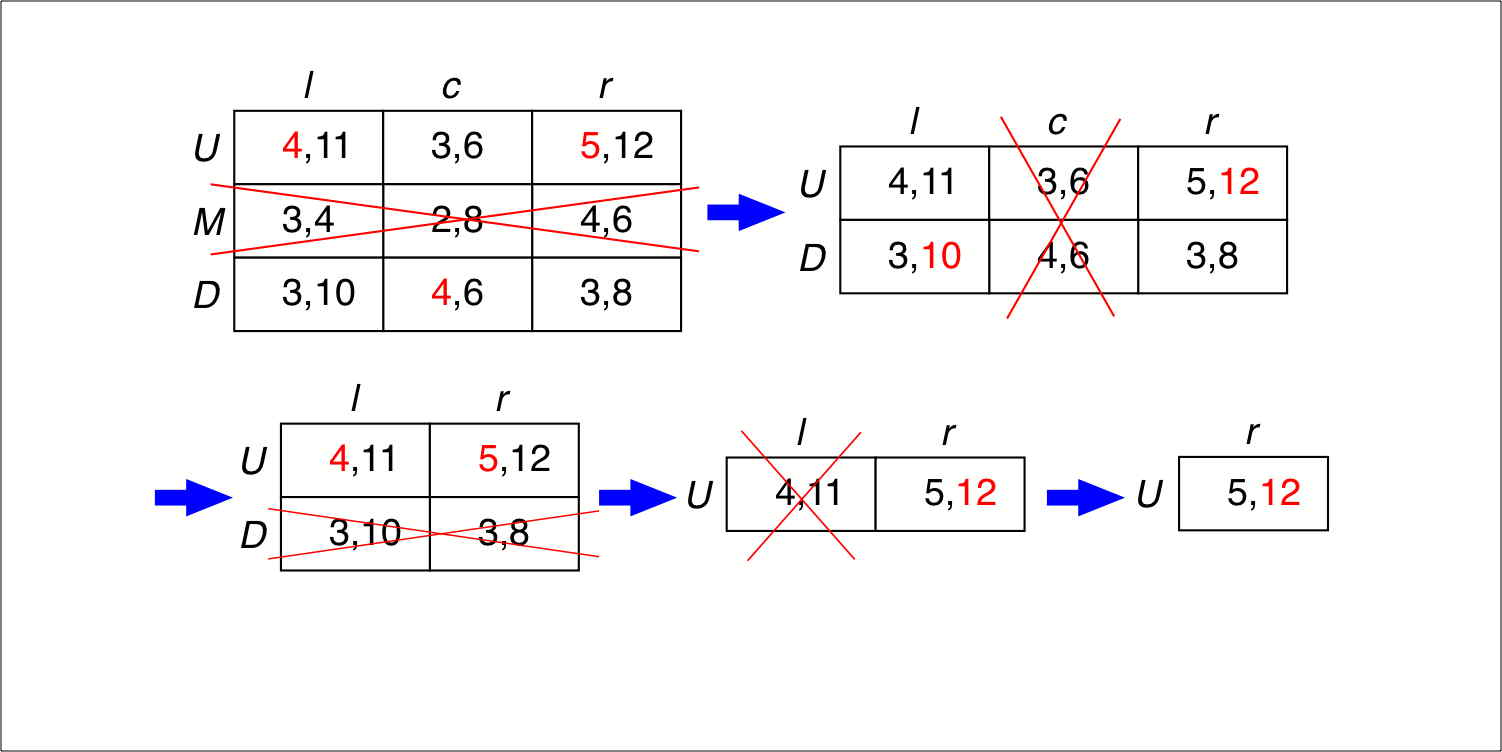 We can often make sharper predictions about the possible outcomes of a game if we are willing to make stronger assumptions. Up until now we have assumed that the players are rational but we haven’t even assumed that each knows that the others are rational. Beyond that we could further assume that each player knows that the other players know that the others are all rational. We could continue adding additional layers of such assumptions ad nauseam. We summarize the entire infinite hierarchy of such assumptions by saying that the rationality of the players is common knowledge.

Rationality constrains players to choose best responses to their beliefs but does not restrict those beliefs. Common knowledge of rationality imposes a consistency requirement upon players’ beliefs about others’ actions.

In a rationalizable outcome players’ beliefs about the same question can differ, and hence some are incorrect; and a player can find—after the others’ choices are revealed—that she would have preferred to have made a different choice.