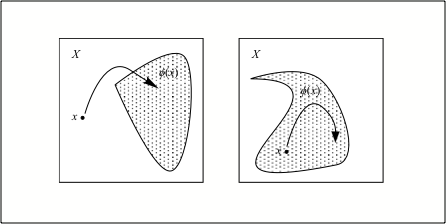 When all players are rational and their rationality is common knowledge, the resulting outcome will be rationalizable. If a player does not correctly forecast the play of an opponent, her beliefs to which she played a best response were incorrect. Her actual action may not be a best response to the actual play of her opponents. Therefore in a rationalizable outcome one or more players can have ex post regret about their choices.