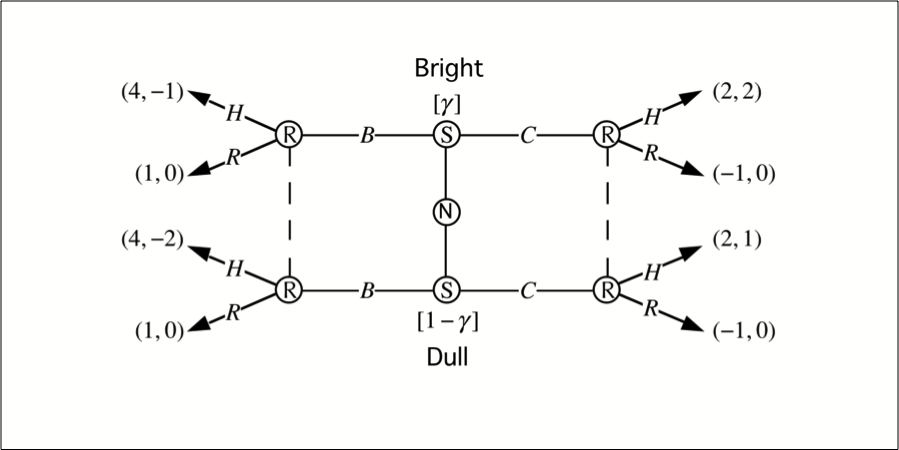 We consider here the simplest dynamic games of incomplete information: sender-receiver games. There are only two players: a Sender (S) and a Receiver (R). The Sender’s action will be to send a message, m, chosen from a message space M to the Receiver. The Receiver will observe this message m and respond to it by choosing an action a from his action space A.

An example sender-receiver game motivates the claim that Perfect Bayesian equilibria can still be undesirable. Two additional refinements are considered and applied to example games: The Test of Dominated Messages, and the Intuitive Criterion.