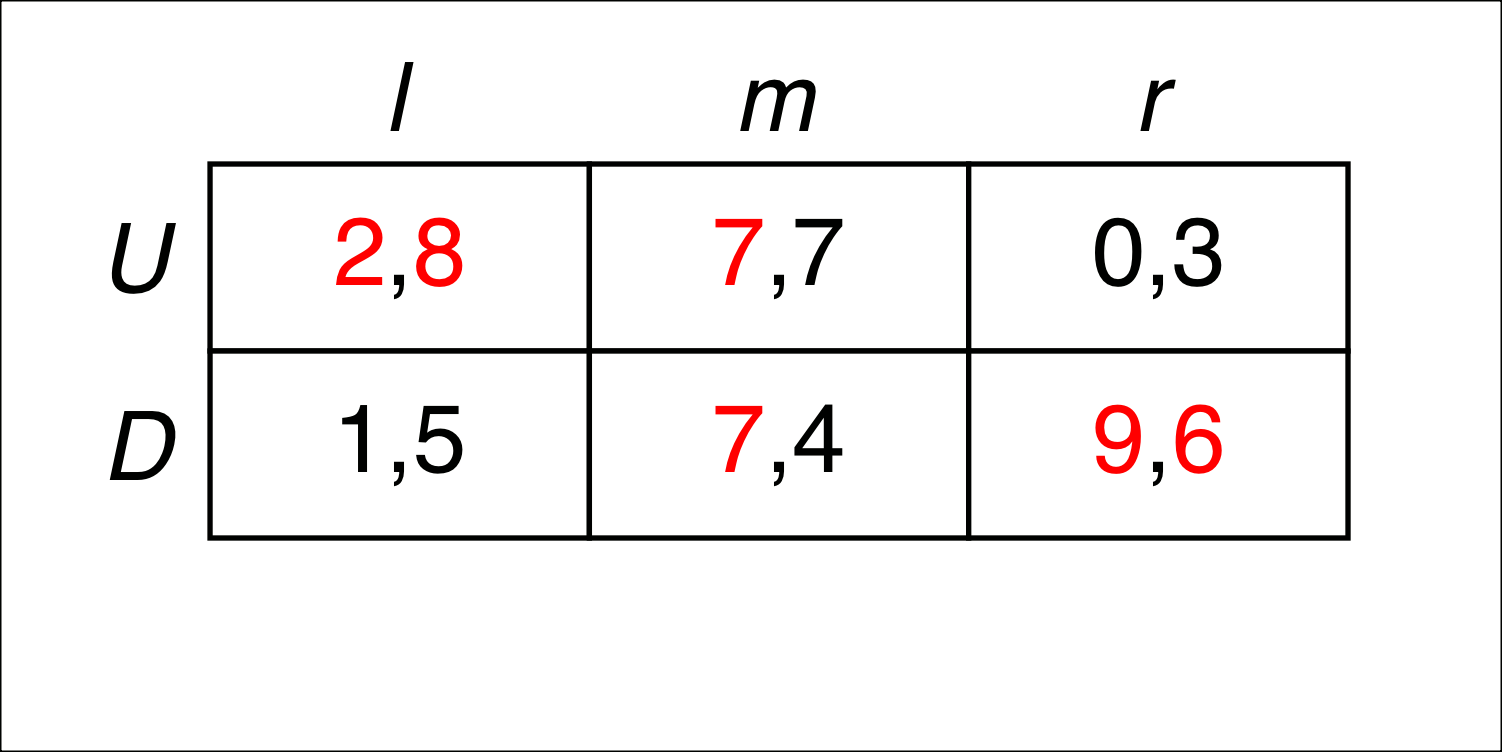 We’ll look at noncooperative games which are played only once, which involve only a finite number of players, and which give each player only a finite number of actions to choose from. We’ll consider what is called the strategic (or normal) form of a game. Although our formal treatment will be more general, our exemplary paradigm will be a two-person, simultaneous-move matrix game.

The strategic (or “normal”) form of a game is a natural and adequate description of a simultaneous-move game. It is also a useful platform on which to perform at least some of our analysis of games which have a more complicated temporal and information structure than a simultaneous-move game has. (In order to perform the remaining analysis of these games, however, we’ll later introduce and use the “extensive form.”)

We will define a strategic-form game in terms of its constituent parts: players, actions, and preferences. We will introduce the notion of mixed strategies, which are randomizations over actions. Our first step in the analysis of these games will be to solve the Easy Part of Game Theory, viz. the problem of what choice a rational player would make given her beliefs about the choices of her opponents. Later we will turn to the Hard Part of Game Theory: what beliefs the players can rationally hold concerning the choices of their opponents.

Some specific topics we will discuss: